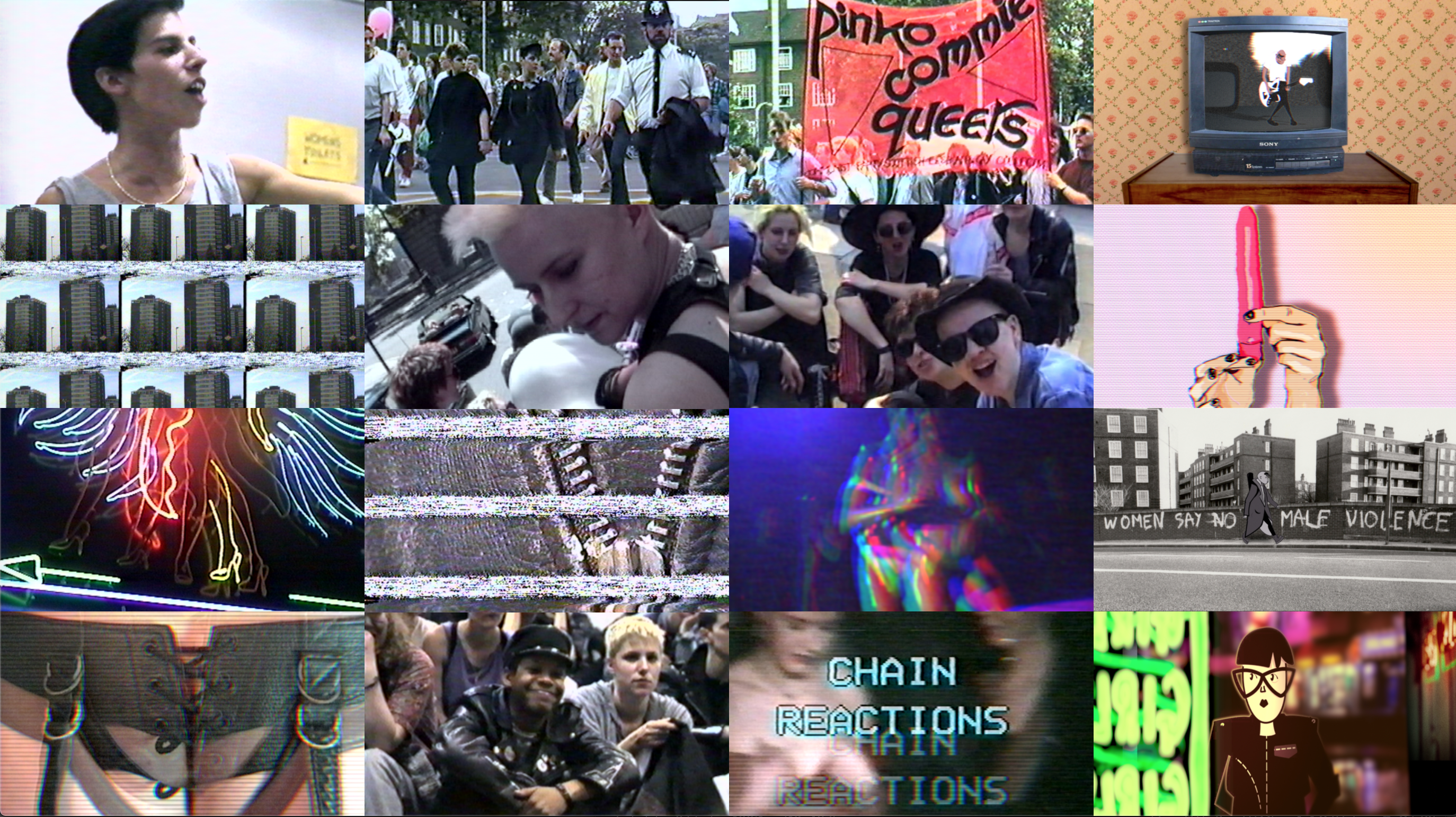 What is the film Rebel Dykes about?


Rebel Dykes is a feature documentary about the untold story of a bunch of queer creatives who called themselves dykes in 1980s London who pretty much kicked off pro-sex feminism and fought for gay rights for the benefit for all.

Through their own words, we follow them as they make art, start bands and set up the world’s first women’s SM club. Sex, desire and politics are all really important in the film, and especially the creative worlds and family that they build around them.

The film follows a line from rebellious activists meeting at the Greenham Common protests who were inspired by punk and art school. Importantly they were lesbians because they fancied women rather than for purely for feminist political reasons like some people at the time who might have classed themselves as political lesbians.
Many of these people have gone on to be famous musicians or photographers but nobody really includes them in conversations about LGBT history and it’s a bit overlooked just how impactful they’ve been for queer culture now.

A lot of really important conversations have been had about feminism and cultural activism in the 90s, for example, riot grrl in the US, whereas these stories haven’t been told. One of the reasons we made the film was to draw attention to how in the 80s London was a hub for rebel dykes all over the world coming together to create a scene. For example, out of post-punk came queercore, and great partnerships with like-minded rebel dykes in San Francisco and New York.

Why did I want to make this film?

I wanted to make the film because I’ve always felt a connection to the ethos of the rebel dykes. Their art and music was a formative influence when I was playing in DIY post-punk bands, and I was especially excited by photography that played with gender and identity and documented queer communities, all of which inspired my own visual art practice at the time. I devoured books like Del LaGrace Volcano’s Love Bites, Nothing But the Girl: the Blatant Lesbian Image by Susie Bright and Jill Posener, and Tessa Boffin’s Stolen Glances: Lesbians Take Photographs.

How did it all start?

Rebel Dykes started when Siobhan Fahey asked me to film a short clip of her LGBT history presentation to put on YouTube. I knew Siobhan as an organiser and promoter on the Manchester queer music scene, and Harri and I met when we formed an experimental noise band together. Siobhan’s presentation was about her experience as part of the rebel dykes scene and her aim was to spark an intergenerational conversation about why this history hadn’t been recorded. I was really excited to be asked and immediately felt that this story deserved to be expanded into a feature length documentary. I had grown up listening to queer post-punk bands every morning before school, and wrote my undergraduate photography thesis on ‘pornography, power and the lesbian gaze in women’s erotic art’, so I already felt a a strong connection to the subject matter.

We started by recording oral histories, with Siobhan interviewing a small group of women who were at the forefront of the rebel dykes scene and then became the main characters we follow throughout the film. As Harri and I uncovered new characters with more stories to tell, the film kept growing. A really exciting part of this process is how making the film brought the rebel dykes back together again. Part of the film’s climactic ending documents the reunion we hosted at the DIY Space for London.

It’s really important to highlight that the film is a DIY production that was mostly unfunded while we were making it, and that it was the rebel dykes community who sustained us while we fit the project around our lives, day jobs and studies.

It was also this community who donated their personal archives to help the film, including a handful of home video tapes. There’s a huge absence of this kind of material in formal archives. As part of the heritage strand of the wider project beyond the film, these personal collections will go to Bishopsgate Institute in London. As co-directors we thought about how to bring the gaps in the story to life, where there isn’t footage or no images, and created sequences together, either through recreation or animation, to bring these stories to life. Harri specialises in animation and my particular specialism is in analogue video techniques and managing and colour grading archive footage during my 10-years career in film archives, and artist moving image background. That’s the story of where the core team of us three started. Six years on, we now have a film world premiering at BFI Flare 2021.